The path to women's equality has been long and challenging. In the late 1800's and early 1900's, women activists fought hard for equality. The focus was largely on securing the right to vote and equal pay for equal work. These two issues - women's voice and participation in government; and the gender pay gap - largely remain key priorities over a century later.
This International Women’s Day, here’s a sense of where women are on this long road to equality. Women lead in only 13 of 195 countries. Worldwide, women hold only 24% of the seats in governments. Women are paid 23% less globally. But some major advances have been made. Saudi Arabia made it legal for women to drive. Spain’s prime minister appointed a majority female cabinet. Adobe achieved equal pay globally.
Equality is within reach, and opportunities are rife for women in today’s world. Celebrate potential this International Women’s Day and join Louise, Employment and Training Support Worker with Offaly Local Development in raising a cup of tea in honour of women!
An open event is being held in Birr library on Friday, March 8th from 10am – 12noon, with a workshop taking place at 11am and refreshments available to all. A similar event will take place in Banagher library on Tuesday, March 12th, from 11am – 1pm, with the workshop starting at 12noon. For more information, call Louise on 087 692 5276. 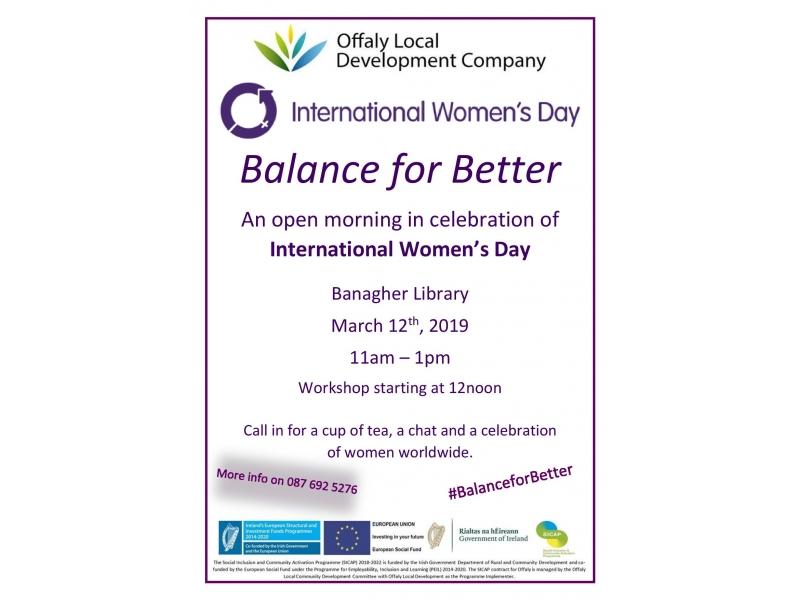 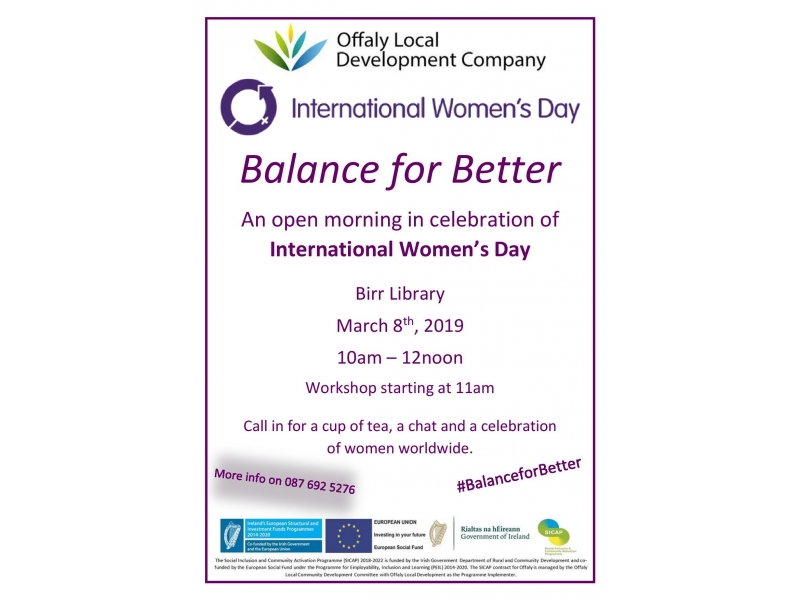